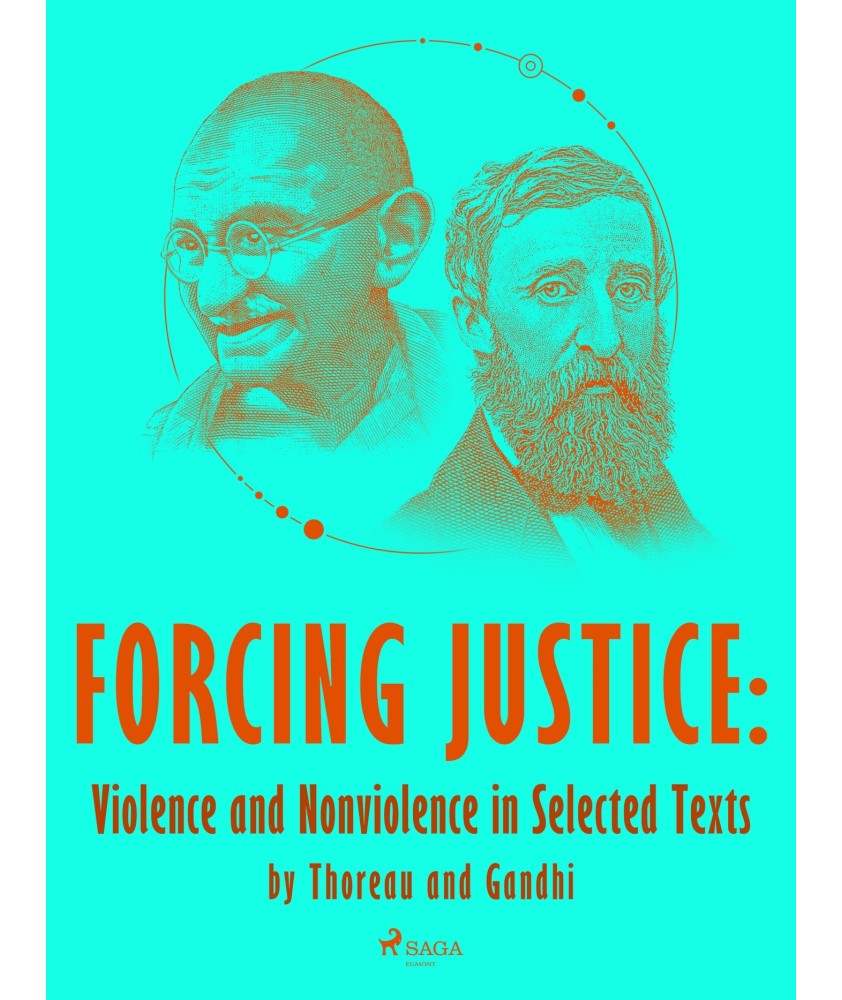 Forcing Justice: Violence and Nonviolence in Selected Texts by Thoreau and Gandhi

kr114
Tax included
Can justice be forced on individuals and communities? The essays in this collection by Henry David Thoreau urge us to consider the difficult matter of how to counter the specific injustice manifested in the practice of buying and selling human beings and how to implement laws and practices that h...

Can justice be forced on individuals and communities?

The essays in this collection by Henry David Thoreau urge us to consider the difficult matter of how to counter the specific injustice manifested in the practice of buying and selling human beings and how to implement laws and practices that help establish justice.

Of the many philosophical ideas Thoreau explores, the central concern is how to end slavery and provide justice for all. It is no surprise to find Thoreau defending the idea of civil disobedience, but his defense of John Brown, who used violence, including murder, commands our attention.

The Civil Rights movement of the 1960s and 1970s in the U.S. was heavily influenced by the rhetoric, the actions, and the overall philosophy of Martin Luther King, Jr., who famously combined civil disobedience and nonviolent action under the strong influence of Mohandas K. Gandhi. Although Gandhi staunchly defends and promotes the use of nonviolence, he is quick to condemn inaction as an even greater evil than violence. If forced to choose between doing nothing and using violence, he would choose violence; but his many writings and speeches are designed to show that we almost always have a nonviolent alternative to oppose injustice and foster justice.

The lives of more than a billion residents of India have been profoundly shaped by the ideas Gandhi presents and defends in these selections from MY NONVIOLENCE. The liberation of India from British colonialism and the establishing of what Gandhi called 'home rule' is powerful evidence of the role nonviolence can play in bringing about justice and eliminating injustice. Gandhi addresses not only matters of race and skin color but also the caste system and the social stratification that currently pervade the entire globe.

These works by Thoreau and Gandhi consider the best way to promote justice and goodness not in utopia but in the actual world where we live.

The primary goal of Agora Publications is not to answer such controversial questions by taking sides but to provide access to philosophical works that promote such dialogue.

Henry David Thoreau (July 12, 1817 - May 6, 1862) was an American philosopher who wrote about nature, social and political issues, and human existence in general. He worked closely with other transcendentalist thinkers such as Ralph Waldo Emerson and Margaret Fuller. Thoreau is best known for his book Walden, a reflection upon simple living in natural surroundings; his essay 'Civil Disobedience' offers arguments for disobedience to an unjust state.

Mohandas K. Gandhi (October 2, 1869 - January 30, 1948) was an Indian philosopher who was formally educated as a lawyer. He initially taught and practiced nonviolent resistance in South Africa and then led the successful campaign for India's independence from British rule. His actions and his writings inspired movements for civil rights and freedom throughout the globe.