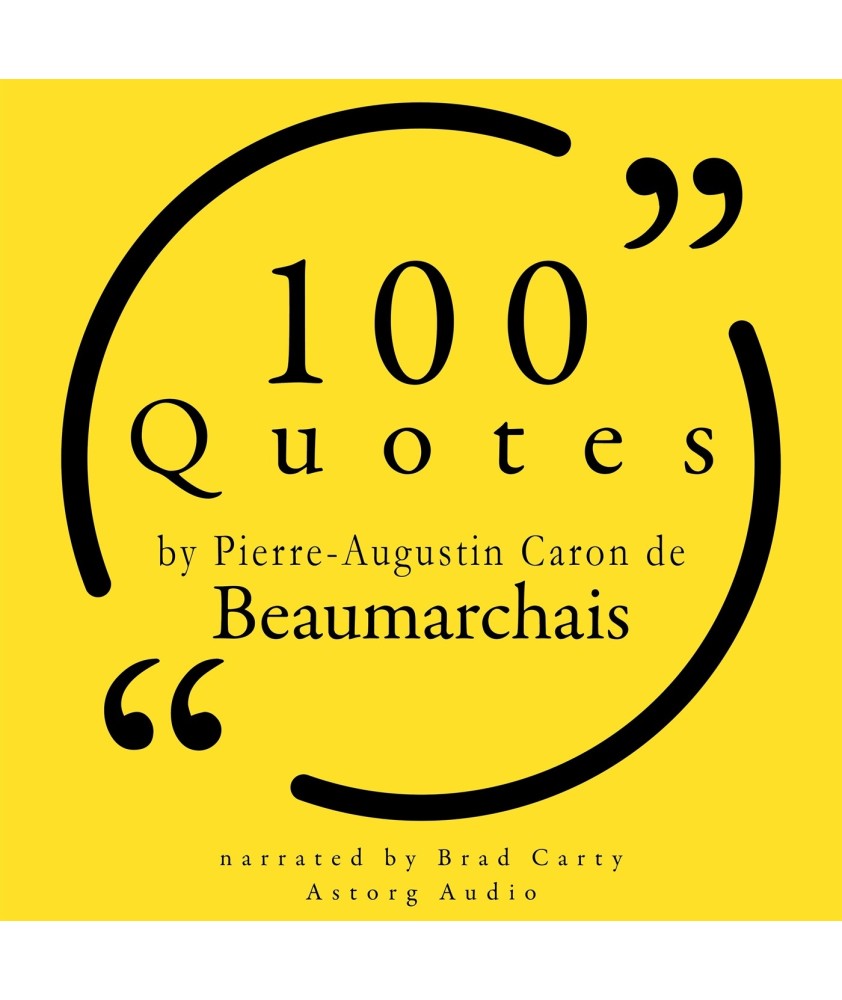 Ideal for dipping in and out of, readers of this collection will find themselves surprised as to how many of his sayings have found their way into modern parlance.

A welcome addition to any coffee table.

The son of a watchmaker, Pierre-Augustin Caron de Beaumarchais (1732 - 1799) lived many lives. In addition to being an inventor, musician, and arms dealer, he also worked as a spy for Louis XV and Louis XVI.

However, he was perhaps best known as a playwright. Following his rejection for the post of consul to Spain, Beaumarchais began writing short farces, before dipping his pen into the worlds of opera and theatre plays.

His most famous works include ´Eugenie´, ´The Barber of Seville´, and ´The Marriage of Figaro´. His life story was adapted for film in 1996, as ‘Beaumarchais the Scoundrel,’ starring Fabrice Luchini.